How does the commandment, “You shall not murder” (Exodus 20:13), affect our understanding of suicide?

I. Suicide:
Suicide has been called the only act where one individual is both the perpetrator and the victim! Among young people, suicide is the #2 cause of death, second only to car accidents.
But, yearly, thousands of people—all ages, all strata of society , atheists and very religious, rich and poor, all races, both sexes, educated and ignorant, some physically sick, but others with a bright and prosperous future ahead of them—take their own life!
Suicide is high among professionals, counselors, some who have been trained to keep others from suicide.
God holds all human life sacred! Life is a priceless gift from God. God not only desires that we live a long and prosperous physical life, but also that we live eternally with Him in Heaven! So, where did anyone get the idea that suicide would be preferable to life?!?
II. The origin of suicide:
Suicide—both the thoughts and the deed itself—is deeply rooted in two ongoing problems:
A. The sinful, self-centered human heart.
B. The salacious, destructive nature of Satan!!
1. The sinful, self-centered human heart:
It is in our fallen nature to seek to center all of our life around “personal wants and desires.”
2. The destructive nature of Satan!
“The thief comes only to kill and destroy!” John 10:10
Satan desires to destroy fallen humans by destructive guilt, by godless anger, resentment, bitterness, revenge, fear, worry, anxiety—whatever will work on any individual soul! He watches us to find our temperamental and psychological weak spots, then attacks us whenever, wherever and however he can! 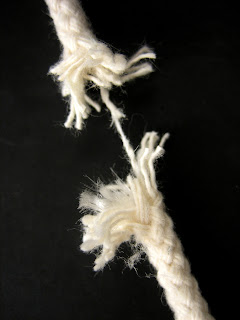 Something happens—we lose a job, break up with someone, don’t get a promotion we expected, we have disappointments… and here comes one of Satan’s henchmen to put destructive thoughts into our mind:
Often these are just fleeting thoughts—we realize how stupid they sound and put them out of our mind. But Satan watches for that vulnerable personality, the crucial moment, to seek to plant that thought into our mind.
He will seek to lead us into some kind of self-destructive behavior: get drunk, use drugs, smoke pot, pop some pills and zone out, escape into pornography or some sexual deviation….
This is why it is so important for you and me as Christians to carefully monitor our thought life—especially when impetuous, impulsive or compulsive thoughts come into our mind!
Suicide has made some strange inroads into the religious and political arenas. Muslim extremists believe that dying for allah is honorable. 9-11, people with bombs strapped to their body, terrorist-acts. German and Japanese Kamikaze pilots who dove to their own death to strike the enemy even when their own defeat was sure; Buddhist monks who set their clothes on fire, etc.
In reality, all of these acts are motivated by Satan through false religions and beliefs.
III. Suicide defined:
“Suicide is the willful taking of your own life to escape a situation that seems intolerable at the moment.”
Something has happened that has jolted your life. You see no workable situation. You are tired of failure, of dealing with a certain problem, whatever. “If I can’t have_______, I don’t want to live!” (That is the kind of logic Satan feeds into our fallen, self-centered nature.)
Let’s look at these words in the definition:
Willful: Sometimes a person is not making rational decisions… they are “off of” their medication; or they are taking medication they shouldn’t be taking; or they are in debilitating depression, or in extreme pain, under the influence of mind-altering drugs, or mind-altering religion (!) (Jim Jones)
Willful taking: As opposed to giving your life to save another person or group of people. Diving on a grenade…
To escape a situation that seems intolerable at the moment…“Suicide is a very permanent and unalterable solution to a temporary problem.”
Sadly, the problems that lead people to suicide are most often temporary in nature, something that could be worked through, something that will change. And often when you are closest to a breakthrough is when Satan is working hardest to convince you that there is no hope!
Satan delights in taking temporary problems and magnifying them to make it seem like there is no way out! “You’ll be better off if you just take your life… No more pain… This will end your guilt… You don’t deserve to live after what you’ve done… There’s no point in going on… It’s going to keep getting worse… There’s just no hope!”
“Suicide is a very permanent and unalterable solution to a temporary problem.”
IV. Suicide is wrong! Why?
Because, first of all, it is murder! It is the unauthorized taking of a human life. As such it is a direct violation of the sixth commandment.
¨ “The Lord gives and takes life.” 1 Samuel 2:6
¨ “Behold, all souls are Mine”. Ezekiel 18:4
Suicide is wrong! Why?
Because it denies God’s power to change things. Remember: Nothing is impossible for God!
Suicide is wrong! Why?
Because it is the ultimate act of selfishness; it is devastating to all around you… your family, your friends…
Suicide is wrong! Why?
Because in nearly every case, the person is not a Christian and will spend eternity in hell!
V.  Suicide solves absolutely nothing!
Instead, choose life! Choose God! (Young girl who called, going to commit suicide…)
Most people get discouraged from time to time. They don’t think of committing suicide, but they are “down and out” and “give up” emotionally, and live defeated, direction-less lives, at least for a while. Maybe someone here today feels like what I have been describing…
Never listen to Satan’s lies! Jesus said, “The thief comes only to steal and kill and destroy; I have come that they may have life, and have it to the full.”  John 10:10
God wants to give you a brand new tomorrow! Entrust your hurts, your pains, your angers, your fears, your failures—everything—to God!
God will give you a new kind of life, a new victory over sin, a new guidance, a new empowering, a new spiritual family, a new eternal home, a new protection, and a new tomorrow, and another, and another!
Never give the enemy a foothold in your heart. With God there are always solutions. Always.
1 Corinthians 10:13 says, “No temptation [and that includes the temptation to take your own life] has overtaken you except what is common to mankind. And God is faithful; he will not let you be tempted beyond what you can bear. But when you are tempted, he will also provide a way out so that you can endure it [and live to see another day].”
If you’re contemplating this major decision, why not call someone to talk first.